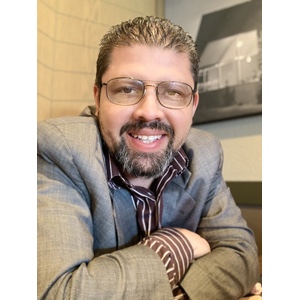 Break The Chains Of Debt, It’s Closer Than You Think!
0Followers
0Following Our story started at a Florida State football game on a Saturday afternoon in October. As Larry looked across the stadium in a crowd of over 85 thousand fans, he wondered how he could possibly help everyone.

According to statistics, 65 thousand of those fans were in debt.

The thought of debt came to mind...

"What if I could show people how to get out of debt, including their mortgage, faster than they ever thought possible?"

YOUR FAMILY BANK WAS BORN

​Working primarily in the senior market for 20 years, Larry had established a successful business helping clients plan for retirement. The thought change after such success would make many resort back to former paths, but Larry did not let this idea pass. Further research into debt revealed a serious underlining problem, as to why so may Americans are putting off retirement.

The average American is going to earn $2 million during their lifetime. At age 65 they will wind up with approximately $60,000 in assets including the equity in their house. This is certainly not the American dream! The average person saves only about 3% of their $2 million or $60,000!

​Could anyone possibly change this downward trend?

The Your Family Bank® system was created to do just that.

From a simple idea at a football game, YFB® has grown to a nationally recognized brand with thousands of authorized representatives across the country.

​In the past 3 years alone, our clients have saved a projected $171,006,000 of interest & a projected retirement increase of over $1.4 Billion dollars!

"Since 2009 Your Family Bank is a name our clients can trust. Our unique approach to financial education has always centered around families. We believe that financially strong homes today, lay the foundation to bright futures for tomorrow's generation."